Understanding Hash and Its Many Varieties

Written by Chris Weatherall on Dec 30, 2020
Blog Understanding Hash and Its Many Varieties While we have long been aware of the potential medical benefits of the cannabis plant, it is only in more recent years that we’ve truly started investing in research on the subject. As a result, multiple studies have confirmed the validity of all sorts of applications of the plant, including using it to provide relief to sufferers of chronic pain, treat depression, regulate seizures, and so much more. When discussing these benefits, people will often list other such substances that could be effective, and during such discussions, hash is sometimes brought up. However, what many don’t realize is that hash is derived from the cannabis plant as well.

Even now, with all that we’ve learned about cannabis, there remains a lot of confusion regarding the specifics of how it all works. Many people are unaware that most of these aforementioned uses are tied to specific products and substances derived from the plant, as opposed to the raw plant itself. Consider CBD oil, for instance. CBD oil, which has recently become very popular as a treatment for pain, anxiety, depression, nausea, and insomnia, is made from a substance called cannabidiol extracted from the plant. Eating a raw cannabis leaf and ingesting CBD oil will produce very different experiences, even though the leaf and the cannabidiol both come from the same plant. Similarly, hash is another substance that is derived from the cannabis plant. In the simplest terms, hash is a concentrate formed by the compression of cannabis trichomes, also known as resin glands, creating a dense, solid substance. If you were to examine a cannabis plant, you might notice small amounts of resin covering the leaves and buds’ surface. This resin is produced by the cannabis trichomes and acts as a sort of defensive barrier to protect the plant from any pests that might harm it. In addition to the physical obstacle created by the sticky resin, it also produces a pungent smell that is highly repellant.

Once the trichomes have been compacted, the resulting material is usually shaped into a brick or slab or rolled into a round lump. The appearance of hash can vary somewhat; however, it usually is within the range of green, brown, and beige tones in terms of color. The final product contains a higher concentration of tetrahydrocannabinol, most often referred to as THC, a chemical present in cannabis responsible for causing psychoactive effects.

While we are learning more about this substance every day, hash has been around for a fairly long time, with textual references dating as far back as the 12th century. Historical records show that it originated in the Middle East and Central Asia, eventually spreading to Europe around the 18th century and America in the 19th century. Those curious about the meaning of hash will be interested to know that the term is a shortened form of the word hashish, which in turn was derived from an Arabic word meaning “dry herb” or “grass.”

How Is Hash Made?

Hash can be created with various techniques, yielding different types of hash in the process. Some of the more common types of hash include dry-sift hash, hand-rubbed hash, and bubble hash. Dry-sieve hash is made via the dry-sieve technique and remains the overall most popular way to extract the trichomes necessary to create hashish. Essentially cannabis plants that are ready for harvest are collected and dried before initiating the process. When fully dried, they are then shaken and rubbed over a mesh screen. The mesh’s purpose is to allow for the sifting of the materials, leaving behind only the trichomes. The longer the time spent sieving materials, the higher the quality of the hash produced. 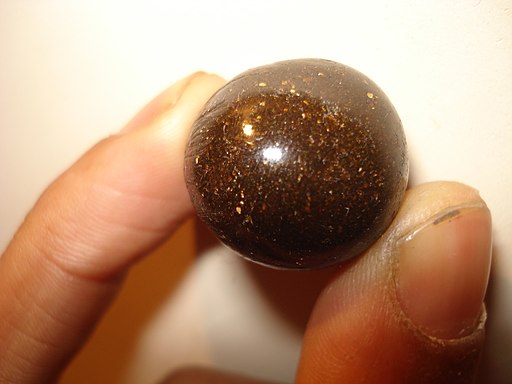 Another method is referred to as hand-rubbing. This method is surprisingly straightforward. People harvest resin from cannabis plants simply by touching them, transferring the resin onto their skin. This resin is then rolled into balls and left to dry. This step is known as curing the hash and is considered the most important step in the process, as it helps provide the hash with its characteristic consistency and aroma. Finally, there is bubble hash, which is produced via a method involving ice water. The plant material is placed into ice-filled water and agitated. The cold is enough to freeze the trichomes in the plant, causing them to break off and sink to the container’s bottom. A series of mesh screens are utilized to further separate out the trichomes, ensuring that only the purest material is utilized to produce hash. Bubble hash is named as such because it bubbles when smoked.

Understanding Hash Oil and the Differences of Hash vs. Wax

With so many terms and methods involved, it is easy to get certain products confused. For instance, given the name, many might assume that hash oil refers to yet another type of hash. However, hash oil is a separate substance, and it is created in a very different manner. Instead of harvesting trichomes, the producers of hash oil extract the necessary materials from cannabis by grinding up dried plant material, adding a solvent such as ethanol, exposing it to high heat, and applying pressure, causing the plant material to release oil in the process.

When the solvent is removed, you are left with a liquid substance known as hash oil. However, that same oil can be treated so that it acquires a more solid consistency. This form of hash oil is known as wax. If you see the term “wax” used while browsing through cannabis products online, remember that this is a product derived from hash oil, not hash.

What Are Kief and Sift? Another word you might come across when seeking out hash products is kief, also known as dry-sift. Kief refers to the aforementioned resin produced by the trichomes in cannabis. Many of the methods used to create hash start by separating out the kief from the rest of the plant material, after which it is pressed into a solid, waxy, or liquid form. Therefore, when people refer to kief as a consumable substance, they’re simply referring to resin that hasn’t been transformed into hash. The term dry-sift comes from the fact that kief is a powdery substance similar and has a texture similar to soft sand.

Given that hash is made from refined kief, it may seem strange to compare the two, but there are some fairly significant differences. Because of its powdery form, dry sift is often used as a way to enhance existing substances. Kief, and by extension hash, will result in more intense psychoactive effects than regular cannabis due to the absence of plant matter. As such, simply sprinkling a small portion of kief onto your cannabis products is enough to intensify the experience. Another benefit of adding in kief is longer duration of the high. Kief is also far easier

to produce than hash, making it a fairly affordable product. However, hash remains the more potent of the two, as there is a higher concentration of trichomes present. At Kind Meds, our goal is to provide you with the most comprehensive information regarding cannabis products. Our priority is to successfully untangle these terms and processes, enabling you to make informed decisions regarding the consumption of such substances. If you are an Arizona medical marijuana patient and would like to learn more about the hash products we carry, such as our Bubble Hash by Kaya Infusions or our Live Hash Rosin Jam by Grow Science, we welcome you to browse our extensive menu.

The best-known compounds found in cannabis are cannabinoids, THC, and CBD. However, according to a cannabis study, there are hundreds...